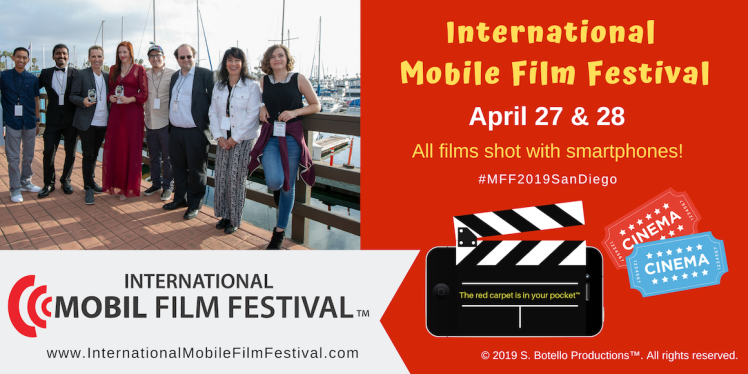 San Diego’s got an international film festival which is global. It only accepts films shot with smartphone cameras and it’s hosting the 8th edition April 27 & 28, 2019 in beautiful San Diego.

The International Mobile Film Festival will screen 31 short films and feature films, all shot with smartphones. 15 plus filmmakers representing the films will be in attendance and you can meet them in person. A Q & A Panel with all the filmmakers and multiple Q & A sessions and presentations with special guest speakers and a workshop make the festival a necessity for anyone who has ever wondered about making movies and videos with their phone. If you have been thinking about it…join people from around the globe who are already doing it.

Get the details and don’t miss this great annual event!

Help us spread our reach: